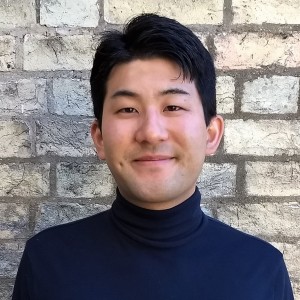 Murray Edwards is a vibrant, convivial, and intellectually stimulating environment for students and academics alike. I am delighted and honoured to be welcomed into the Fellowship.

I am a sociologist interested in how culture, memory, religion, and knowledge intersect. I am currently a British Academy Postdoctoral Fellow at the Department of Sociology, University of Cambridge and a Research Fellow in Sociology at Murray Edwards College, University of Cambridge. I am also the Review Editor for the International Journal of Politics, Culture and Society.

My latest research focuses on the historical development and transformation of Japanese nationalist movements over the past three decades to the present day and how the right-wing have commemorated Japan’s colonial and wartime actions. The project aims to map out connections between neo-nationalist public intellectuals, religious organisations, political parties, and activist groups inside and outside Japan using social network analysis. Theoretically, I am informed by political sociology, cultural sociology, memory studies, and social movements.

I am also currently working on a monograph, provisionally titled Contested commemoration: memory struggles of the Aum Affair in contemporary Japan 1994-2018. The Aum Affair was a series of crimes committed by new religious movement Aum Shinrikyō (abbreviated as ‘Aum’) between 1988 and 1995, which culminated in the gassing of the Tokyo subway using sarin in March 1995. Using qualitative methods including media analysis, interviews, and participant observation, this book analyses the social responses and commemoration of the Aum Affair from the first terrorist attack in 1994 to the executions of the culprits in July 2018. The book is based on researching findings from my PhD, which I completed at the Department of Sociology, University of Cambridge in 2017.

My publications have appeared in Theory and Society, American Journal of Cultural Sociology, and International Journal of Politics, Culture, and Society.