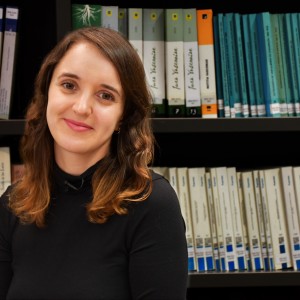 The fact that women’s education and empowerment are prioritized is my favourite thing about Murray Edwards. It epitomizes all the best things about Cambridge: intellectual ferment, openness to all, and a beautiful environment to live and work in.

My research focuses on education, everyday life, and social change in Britain in the twentieth century. My PhD looked at popular social history in Britain between the 1920s and 1970s, focusing on how ‘ordinary’ people learnt about history through books, in schools, in museums, and via BBC radio. My first book, based on this thesis, will be published by Oxford University Press in 2021 and is titled Histories of Everyday Life: The Making of Popular Social History in Britain, 1918-1979.

I am also employed as a postdoctoral researcher on the ESRC-funded project ‘Secondary Education and Social Change in the United Kingdom since 1945’. This project explores the ways in which the advent of mass, compulsory education after 1945 affected individual and class identities, and intersected with other processes of social change in late-twentieth century Britain.

I joined Murray Edwards as a Research Fellow in October 2017, after teaching for one year as a Lecturer in Modern British History at King’s College London. Prior to that, I did my PhD, MPhil, and BA degrees in History at Trinity Hall, in Cambridge. I grew up in Cheddar, Somerset, and attended a comprehensive school.