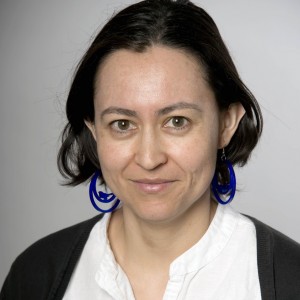 Helena’s research focuses on the political economy of development and the historical processes of agrarian change and structural transformation, particularly in Southern Africa. In parallel with her core interest on the articulation of agricultural producers and workers with global production networks, she has conducted research on migrant labour, export logistics, natural resources and foreign aid.

Helena Pérez Niño is a Lecturer in Political Economy of Development. Before joining the Centre for Development Studies, Helena was a lecturer at SOAS University of London. She received her PhD in 2015 with a dissertation on the social relations of production in export agriculture in the Mozambique-Malawi borderland. Helena was an ESRC postdoctoral fellow at SOAS; a research fellow at the Institute for Poverty, Land and Agrarian Studies (PLAAS) in the University of Western Cape in South Africa as well as a visiting researcher at the Institute of Social and Economic Studies (IESE) in Mozambique. She serves on the boards of the Journal of Southern African Studies and the Journal of Agrarian Change. Before her doctoral studies, Helena worked for UNICEF, UNHCR and different NGOs in Colombia and Angola.

Pérez Niño, Helena and Le Billon, Philippe (2016). The effects of foreign aid on political settlements: the case of Mozambique and the contrast of Angola. In Hagmann, T. and F. Reyntjens (Eds). Development without democracy: foreign aid and authoritarian regimes in Africa. Zed Books.

Pérez Niño, Helena (2015). The road ahead: the development and prospects of the road freight sector in Mozambique, a case study in the Beira corridor. In Castel-Branco, C. N., N. Massinge and C. Muianga (Eds). Questions on productive development in Mozambique. IESE: Maputo (English and Portuguese editions).

Pérez Niño, Helena and Le Billon, Philippe (2014). Foreign aid, resource rents and state fragility in Mozambique and Angola. The ANNALS of the American Academy of Political and Social Science. November 2014 656: 79-96.